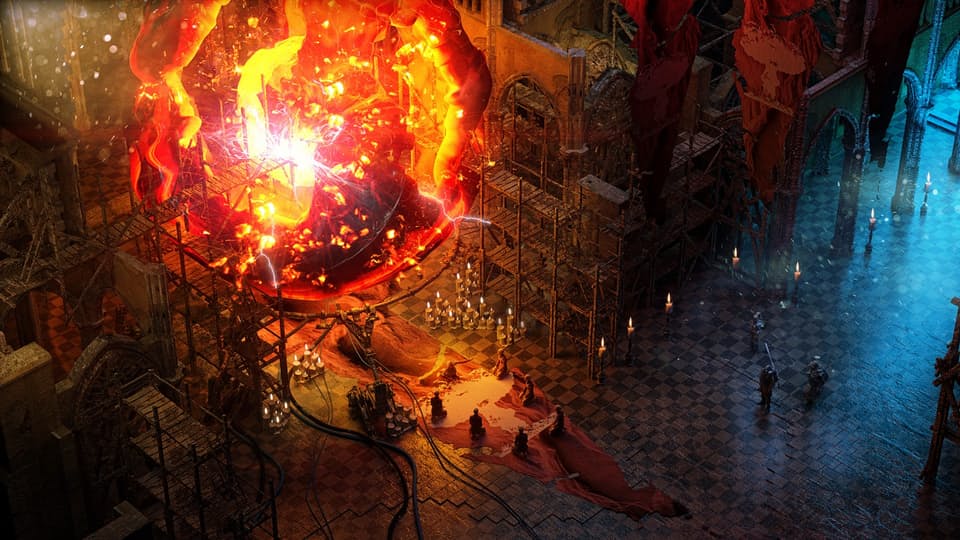 After Wasteland 3 reached its crowdfunding goal of $2,750,000 in three days, InXile released an update. On the fig campaign page, the devs released what they call “Vision Document”: A documentation that talks about all of the things that are planned for the next title in the post-apocalyptic RPG.

“Dating back to the Interplay days, our studio philosophy is to create a vision document for each of our projects. This document contains the game’s core elements and features, and serves to remind us of our high-level goals throughout production, as well as to give new team members an introduction to the game’s core features.”

Everything from the story to some planned mechanics is described in this document, however, fair warning to all who might read the document in its entirety, there will be story spoilers for Wasteland 1 and 2.

” The years since have not been kind to the Desert Rangers. They attempted to regain their footing but could find no adequate base of operations to replace Ranger Citadel.
Despite their heroic attempts to protect the communities of California and Arizona, they were outgunned or outnumbered by enemies old and new. The Rangers barely had enough resources to defend their ad-hoc base of operations, let along venture out into the wastes.”

As I stated above, the document upcoming core features for the game including multiplayer, vehicles, companions, an improved combat system, that will give players”greater level of depth and customization.”

“Wasteland 2 had a few memorable encounters, such as battles against the Scorpitron, or huge firefights inside enemy bases, and we want to continue by making more and more battles you’ll remember. This extends to the more careful level design and placement of cover, but it also includes more ways to interact with the environment. Over the course of some encounters, you will be faced with new and daunting challenges, battlefields that shift as reinforcements come in, or objectives that change mid-flight. We want to vary your combat experiences throughout the game so that each significant fight brings something new with it.”

If you want to read the full document, you can by visiting the Fig update on the game.