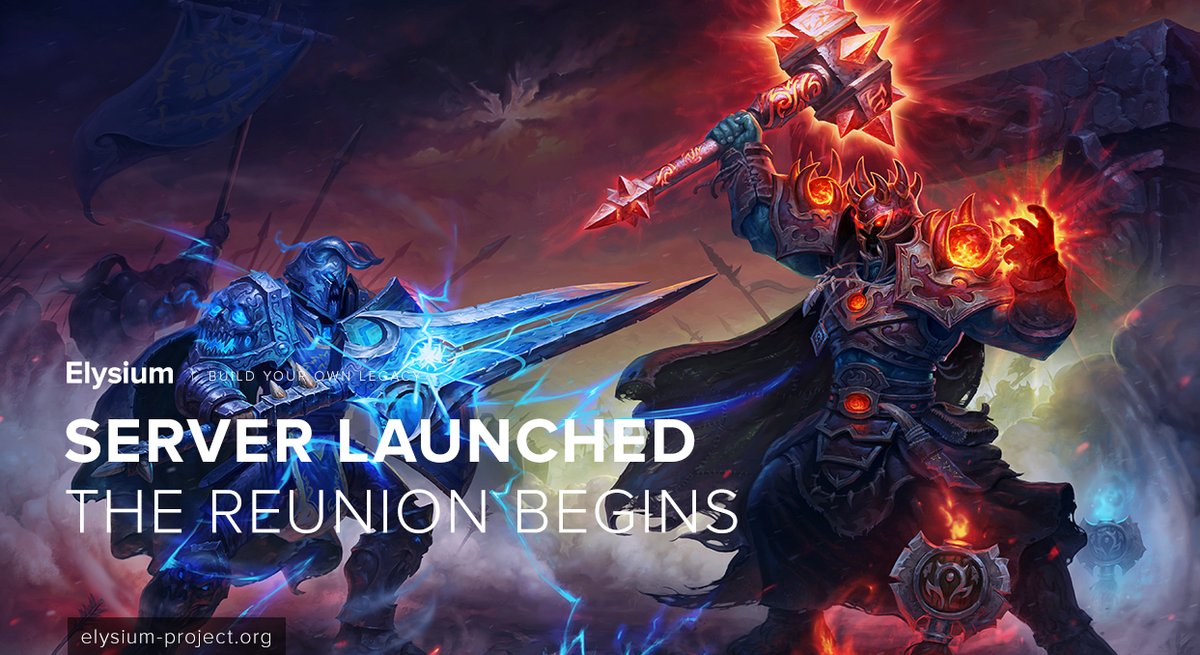 By Lyubomir AtanasovJanuary 16, 2017No Comments

Nostalrius and Elysium, two groups with a goal to preserve/ bring back the vanilla Word of Warcraft experience, officially split up. They had joined together after Blizzard’s cease-and-desist order last year. Both groups wish to continue the support of the legacy content. However, recently Nostalrius admin “Viper” posted an announcement that stated, not only that only a few players made the move from Nostalrius to Elysium, but that Elysiums miss uses user data and its player base gained the reputation of “pirates”.

“We have already demonstrated that there is a true desire for Legacy WoW content and players in need for a home. Only a few people deny the viability of legacy content. You have been an amazing community demonstrating this to the world, this step is as a consequence achieved. We know that Nostalrius carries the hopes of the legacy community but moving from ‘fan server’ to ‘pirate server’ reputation makes it harder to convince that legacy fans have a place on the WoW community. Until this stigma is removed, it’s unlikely any true progress towards official legacy content can be achieved.”

“We understand that our decision to ask Elysium to stop using our data might bring you pain.”

In response to this, over at the Ekysium forms, admin Shenna posted “Response to Nostalrius: Elysium Will Prevail”. In short, they do promise to stop using the Nostalrius code, wipe any of the relevant data, and will move to Anathema core. With that, all characters will be maintained, but the Nostalrius realms will be renamed to Anathema PvP and Darrowshire PvE.

“We believe that our movement should remain loud and we will do what is in our power to preserve it. We believe that our players must have a home. We will keep providing this community until Blizzard announces official Legacy World of Warcraft content and provide a tangible timeline for their release,”

“We want to abide by the game’s creators by any means we are able in order to show good will, which is why we are taking these steps. However, despite this stance, shutting down is not an option until real action is taken on their part to create Legacy servers.”

In the end, while both parties have parted way, they still have the same goal: to continue the official support of the World of Warcraft legacy. And during this entire mess, there has been no response from Blizzard