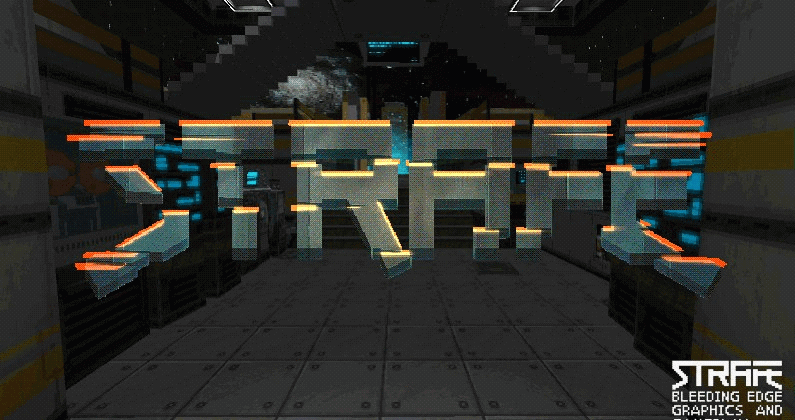 By Donald MillerDecember 11, 2016No Comments

Pixel Titans, the team behind the retro FPS “Strafe”, an indie crowd funded game and inspired by the original DOOM and Quake series, has released a video, showing off their gore tech they have been working on, called “Über-Gore tech v2”. Since the game does make its selling point that it’s a retro bloody throwback, they are focusing on exactly what they promised.

The video does show a lot of things that the new version of the Über-Gore tech is capable of and even promising more. Not only will we get blood splatters, dripping and streaks, but we also have gore bits that track blood, stick (sort of) to walls and even the ability to stomp on bits to make them shoot out even more blood! Not only that, but this tech will allow things like bloody player footprints, flies appearing on corpses after some time, having the blood be capable of taking out the fire, having it tint the different types of liquids in the game, going through grates and much, much more ways to paint the levels red.

While this all seem silly or a bit excessive, the game’s campaign and trailers are all focus on how this mess of polygonal blood and gore are hardcore, much like how the games it’s inspired by did during their time. So it is to be expected that they will focus on just that.

You can try a pre-release speedrun challenge demo called “Strafe Speed Zone V2” by downloading it from sites like Itch.io, and even if the Kickstarter campaign has passed, you can still donate a few bucks, to help with the making of this retro, fast, hard and bloody FPS. The game is set to release on Steam Early 2017.