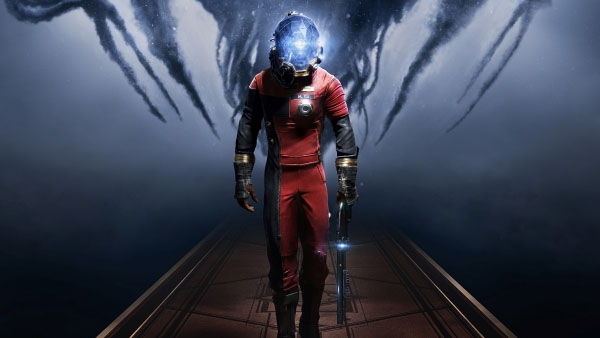 By Lyubomir AtanasovJanuary 10, 2017No Comments

In a recent interview with GamesRader, a lot of similarities between the Dishonored and the upcoming Prey were commented. Pete Hines commented that it should not surprise anyone since Arkane is focused on developing these types of games.

“It’s not like we’re working with Arkane and asking them to make racing or rugby games. We’re like, ‘Look, you do really cool, immersive, system-based first-person games,”

“Dishonored was just the evolution of the stuff that they had done previously, and now the first look you’ve seen at what they’re doing with Prey is very similar,” he continued. “It’s doing some things that are different and cool and unique, but at its core, it’s still immersive, first-person, systems-based, non-scripted stuff that encourages player exploration and making choices. And that all ties in—I think very well—with what we feel like our identity is at Bethesda.”

Hines also reminded that this Prey has nothing to do with the original game or the canceled Prey 2. However, he did note that there is a thematic connection there.

“In the case of Prey it was, ‘We have an idea for the core concept of this franchise boiling down into, ‘Aliens are hunting you and you are trying to survive’’, But we’re going to reimagine it. We’re going to do a completely new and different take.”

Prey is expected to be ready for release in the first half of this year.