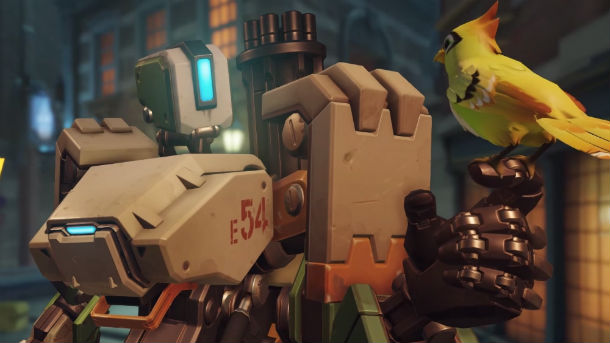 By Lyubomir AtanasovFebruary 28, 2017No Comments

This update brings long awaited changes, nerfs, buffs and a very belated game feature. But the main focus for this updated are the changes to the turret based hero: Bastion. From the PTR servers, a lot of players have mentioned that these changes make the robot way more aggressive.

Here’s a full rundown via the official patch notes:

Can now be used while moving
Now bound to secondary fire (formerly Ability 2)
No longer interrupted by taking damage
A new resource meter has been added that deplete while Self-Repair is active and recharges when not in use
Configuration: Tank

Bastion takes 35% less damage while in Sentry or Tank configuration

“The goal of these changes is to move some of Bastion’s power from Configuration: Sentry to Recon, while keeping its sentry mode a strong option, especially versus tanks and barriers. Overall, Bastion should feel stronger and more flexible with these changes.”

In addition to the Bastion changes, Roadhog is getting a nerf for his one hook one kill combo. D.Va’s defence matrix can now absorb shot point blank and Mercy not being in too much danger when resurrecting.

As for gameplay itself there are two major changes.
Respawn times have been tweaked, making it so when one team is loosing massively, the othre team gets a increased respawn timer.
There is now a server browser which will let players customize and share their own game modes with everyone on the internet.