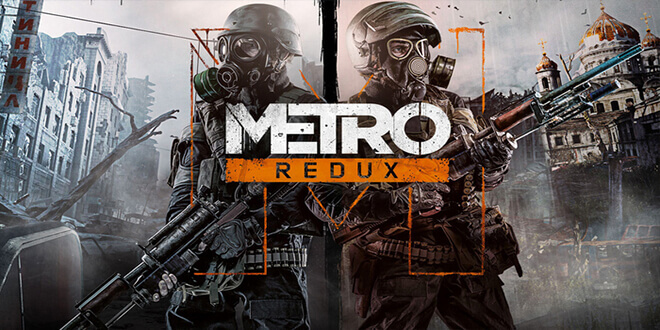 METRO series will continue after the novels

By Donald MillerDecember 13, 2016No Comments

Recently on the Metro 2035 novel website, it was suggested that “the next Metro video game” was expected at some time in 2017. The publisher Deep Silver added shortly after, that suggests  it will have “ambitious plans” for Metro moving forward, and releasing the next game next year was not among them.

During a  Reddit AMA (ask me anything),The “Metro”‘ series author: Dmitry Glukhovsky, the books of which have directly inspired the games, admitted that while he has no intention of extending the novels beyond the recent Metro 2035, the series can continue in another form.

“Metro 2035 terminates the book part of the Metro saga. I am not planning to write any other Metro story as a novel,” says Glukhovsky. “I think, the main questions are answered in Metro 2035. And even if there won’t be any other Metro BOOKS, this doesn’t necessarily mean that Artyom’s story can’t continue in other media… All the ‘next game’ questions have to be asked [to] Deep Silver—the publisher of the first two Metro games.”

Glukhovsky’s AMA continues, offering insights into his influences and thought processes—which is particularly interesting given he collaborated with 4A Games with the writing of Metro: Last Light. That said, Glukhovsky later admits he has never expected the games to directly mirror his work, lending credence to the idea he’d be okay with the games extending beyond his writing.

“I didn’t expect Metro games to be a sentence-by-sentence repetition of the novels,” he says. “I wanted [the 4A] guys to create an independent masterpiece based on my stories. And they did. That’s a rule of life: work with talented individuals and grant them creative freedom—instead of working with idiots and controlling every step they make.”

You can read the AMA here.