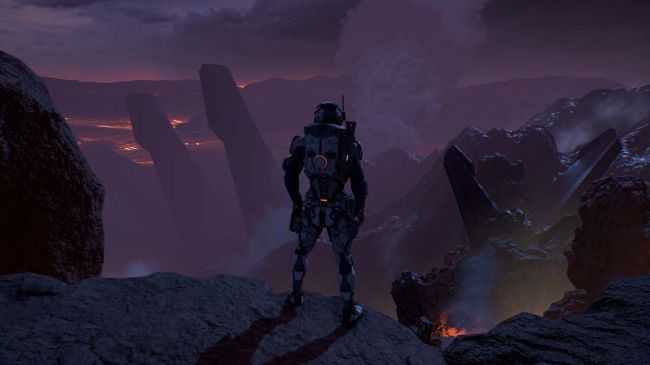 By Michael RichardsonJanuary 5, 2017No Comments

Seeing as how the space RPG “Mass Effect Andromeda” is coming soon, EA had released a few screenshots, showcasing the various space panoramas, as well as what appears to be a few violent scraps and, excitingly, our hero floating in midair (I think he’s actually falling though).

As for the gameplay video, it was revealed at the Nvidia keynote at CES. BioWare’s Aaryn Flynn joined Nvidia CEO Jen-Hsun Huang for the proceedings and gave some context. The footage showed a loyalty mission for Peebee, as well as the new dynamic profile system, which allows the player to change class in real time.