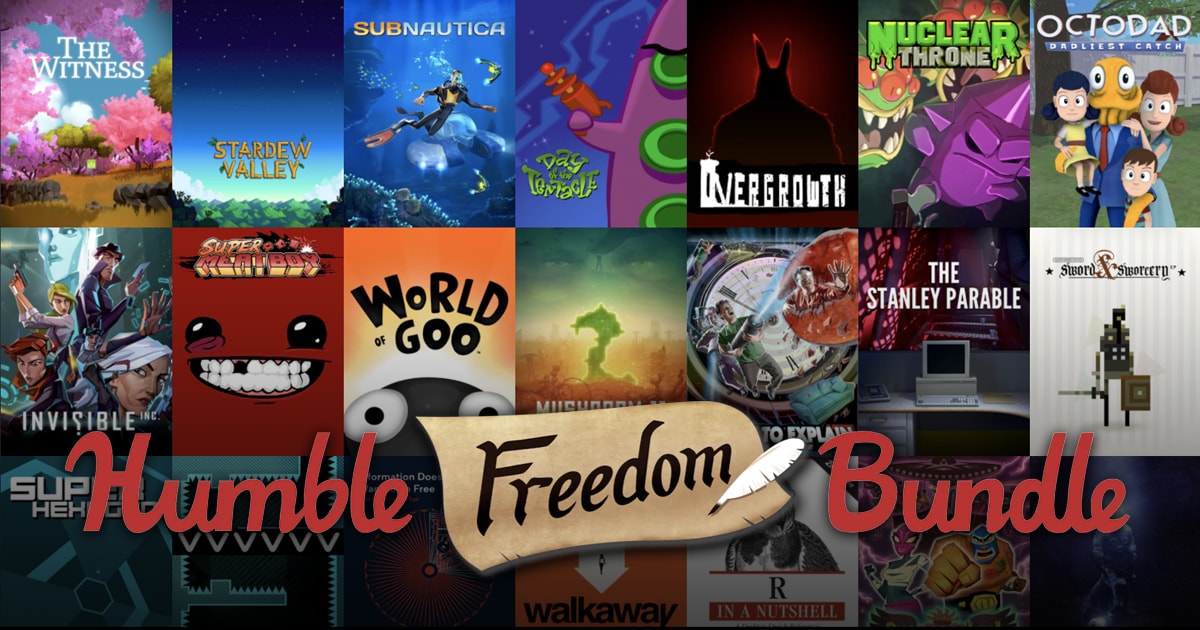 The bundle offer is over. And it manages to raise approximately  $6.73 million. for the charities that protect justice, human and civil rights. And yes, 100% of these earnings are shared among the three charities: The ACLU, Medecins Sans Frontiers/Doctors Without Borders, and the International Rescue Committee.

First a bit of bad news: Subnautica has sold out, and is no longer available as part of the bundle.

The good news however, Humble Freedom Bundle has raised more than $4.2 million, and now boasts an additional items:

You will get the new stuff even if you purchased the bundle before they were added.

Humble Bundle has launched a one-week-only “Freedom Bundle” containing around $600 worth of games, ebooks, and audio books. The bundle has a starting cost of $30, and 100 percent of it will go to three charities: The ACLU, Medecins Sans Frontiers/Doctors Without Borders, and the International Rescue Committee. Humble Bundle matching the first $300,000 raised.

As for the book part of the bundle we have:

Information Doesn’t Want To Be Free
Walkaway: Chapter One Preview
R in a Nutshell, Second Edition
The Boys Volume 1: The Name of the Game
A Little Gold Book of Ghastly Stuff
The Smart Girl’s Guide to Privacy: Practical Tips for Staying Safe Online
Any Empire

“We humbly remember that the United States is a nation of immigrants, and we proudly stand with developers, authors, and charities that champion liberty and justice for all. We chose these three organizations because of the inspiring work they do in defense of justice, human rights, and civil rights.”

The Humble Freedom Bundle is live now and will run until February 20th.