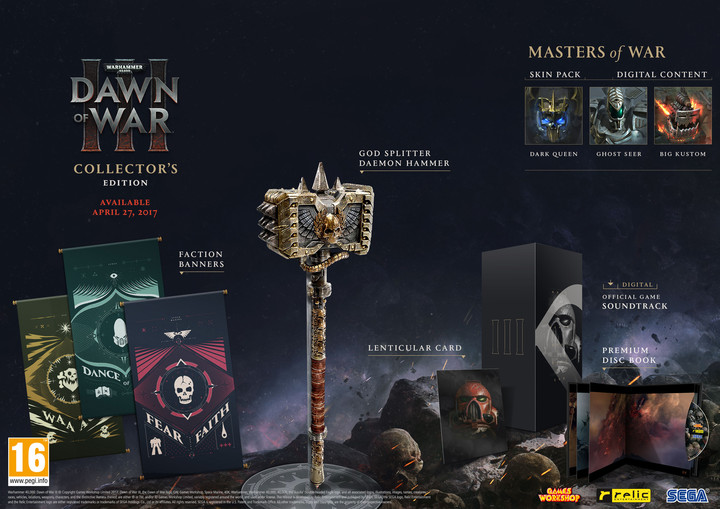 Dawn of War 3 Releases In April

By Lyubomir AtanasovMarch 6, 2017No Comments

Warhammer 40,000: Dawn of War 3 was announced to come out on 27th April this year. Not only that but the several pre-order editions also announced.

The RTS will have three different edition: Collector’s, Limited, and Standard Edition. The Collector’s Edition includes a premium disc book, an art card, the official soundtrack, a replica of the Godsplitter Daemon Hammer, three mounted cloth faction banners and the Masters of War Skin Pack.

All editions pre-ordered before the game comes out include the Masters of War Skin Pack, a collection of three cosmetic skins for Dawn of War 3’s Super Walker Elites: the Dark Queen skin for Lady Solaria (Imperial Knight), the Ghost-Seer skin for Farseer Taldeer (Wraithknight) and the Big Kustom skin for Beauty (Morkanaut)